Mayor Martin Walsh and a column of elected officials were on hand to celebrate the launch of a new mortgage lending business based in Dorchester on Tuesday. East West Mortgage is a newly formed company led by Chris Anderson, a St. Mark’s Area native who has two decades of experience in real estate management. The company’s new president is Anthony Paciulli, a veteran banker and lending officer who led Dorchester’s Meetinghouse Bank for 12 years until its successful sale to East Boston Savings Bank last year.

East West Mortgage is based in a recently renovated office building that Anderson owns at 100 Hallet St. On Tuesday morning, about 75 people—including Mayor Walsh— turned out for a grand opening ceremony.

Walsh hailed the pairing of Anderson and Paciulli, whom he likened to a “dream team” that could open up new opportunities for qualified mortgage seekers.

“A lot of people have a problem with access to mortgages and having Chris, who grew up in Dorchester and understands the need for people to be able to own their own homes and Tony, who actually made it work for a lot of people over the years at Meetinghouse, it’s a great combination,” said Walsh, who was joined by the city’s chief of Housing Sheila Dillon at the event.

“Between the programs we have in the city with credibility and financial empowerment programs through [the Department of Neighborhood Development] and now having, hopefully, a product here that can work, it’d be great,” said Walsh.

The company name may be familiar to local ears. An earlier incarnation of the East West brand — a subsidiary of a Worcester-based bank— went out of business in 2013. Anderson acquired rights to the name and said he intends to focus on the city and South Shore markets as they begin operations in earnest this fall.

Anderson pointed to Paciulli’s reputation as a well-respected and meticulous lender in the city market as a major asset for the still emerging team, which includes several staff members who worked under Paciulli’s leadership at the Lower Mills-based Meetinghouse Bank.

“It really is going to separate us from all the people in the competition out there because compliance is an important part of this business right now,” said Anderson. “We’re very compliance-strong and Tony’s service, his reputation and his network — you know, he knows everybody’s name— is a very important piece for us.”

Basing the corporate offices in Anderson’s home neighborhood was no accident.

“This is a need, this is a passion, not only to do mortgages, but to educate the community and give back in more ways than one,” said Anderson. “Dorchester has gone through changes and it’s exciting to be part of the growth and be able to employ local people and be able to offer the community locally first.” 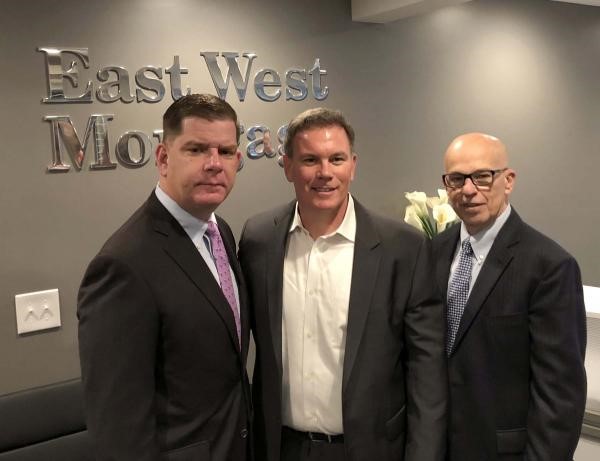